The high speed train from Madrid to Toledo takes less than a half hour, giving us the day to go through the El Greco Museum and the Cathedral.

“The Holy Church Cathedral is dedicated to Virgin Mary in her Ascension to the heavens. Its construction began in 1227 under order of the Archbishop Don Rodrigo Jiménez mandate. The site was situated over the foundations of the Visigoth Cathedral in the sixth century, which had been used as a Mosque. Constructed in a Gothic style with a French influence, it measures 120 m long by 60 m wide and contains 5 naves supported by 88 pillars and 72 vaults. The side naves are extended behind the Main Chapel surrounding the presbytery and this creates an apse aisle with a double semicircular corridor.”  http://www.catedralprimada.es/index.php

We began our visit to Toledo at the El Greco Museum. Born in Crete, he made his way in 1577 to live in Toledo. The museum there now begins its exhibition with his series on the Apostles.

The Tears of St Pete 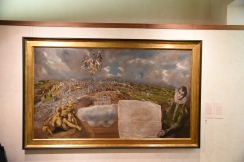 The chapel of St Bernardino

The cathedral of Toledo is grand enough on the outside, but that is just the start. It was built on the site of a Visigoth church from 577. When the Moors took over the area, they built a mosque on the site. Spanish Catholics reconquered Toledo in 1085, 400 years before the end of the Reconquista in 1492. The mosque was transformed into a cathedral from 1226 to 1493.

Here is the chapel which harks back to the Visigoth period, with masses being said every day still in that old style. 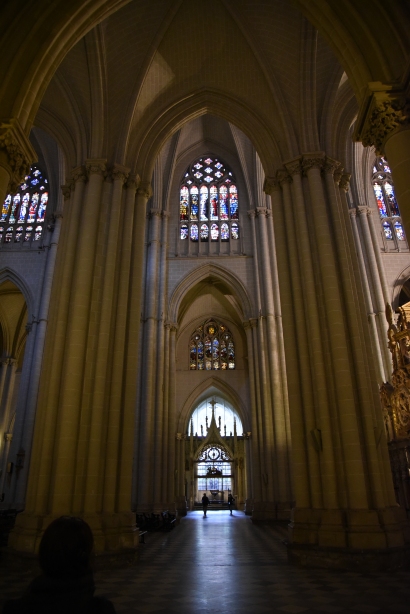 Inside the cathedral is where you keep saying Wow.

From the back of the cathedral towards the front.

The scenes on the outside of the choir are of Old and New Testament stories. 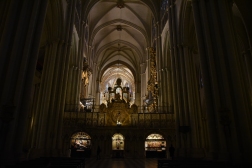 Looking to the back of the cathedral.

Gate to the High Altar in the front. 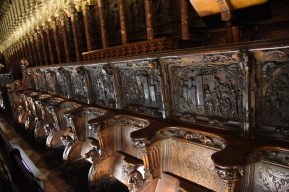 The Choir between the back and high altar. The backs of the chairs show scenes from the Reconquest, then just recently completed.

The figures above the chairs are of saints.

One of the side lecturns.

The archbishop spoke from behind the eagle representing St John. 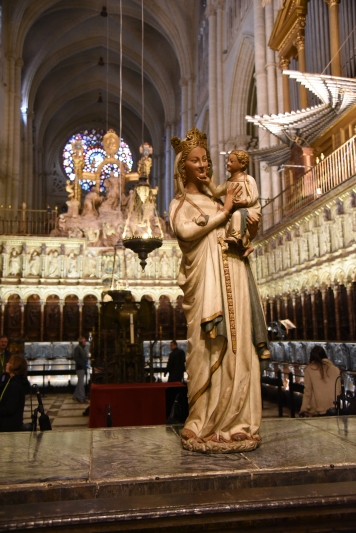 A scene from the Reconquest.

A scene from the Reconquest.

The Baroque Transparente is amazing.

The Baroque Transparente is amazing. 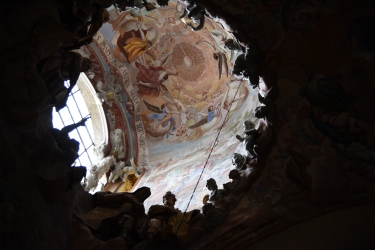 A hole was cut into the ceiling to let light shine on the Transparente.

In the back, the relief is of Mary coming from heaven to give a robe to the Visigoth bishop.

A facsimile of the San Luis Bible from the 13th century.

The Chapel of the New Kings holds the remains of ancestors of Queen Isabella.

The great grandfather (I think) of Queen Isabella. 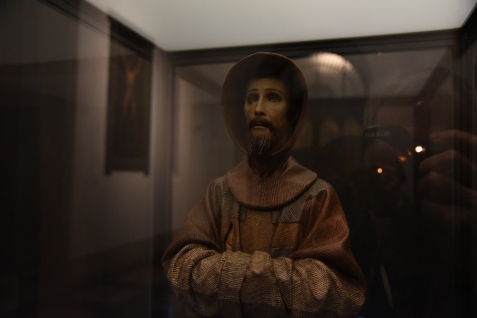 A carving of St Francis in the Sacristy.

A carving of Mary and Jesus from the 13th century. 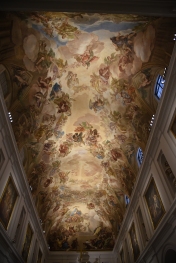 Ceiling of the Sacristy. 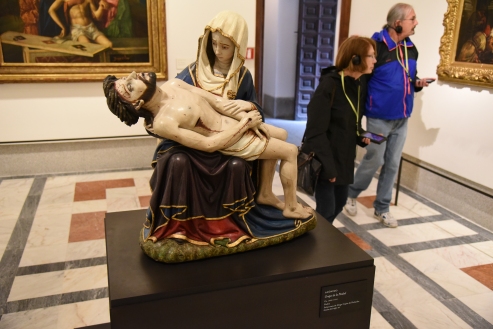 Entrance to the Chapter House. 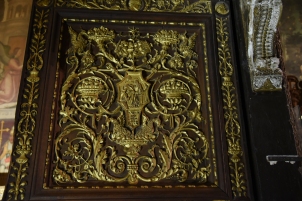 Close up of door to the Chapel House. 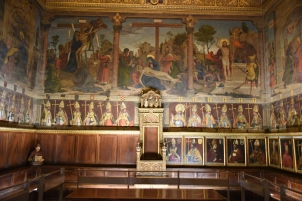 The chapel house is where painints of Mary’s life are above those of all the bishops of Toledo. The first two, who participated in the Reconquest, are to the left of the throne. 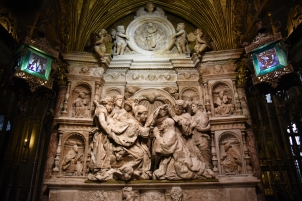 A relief of Mary giving a robe to the first bishop of Toledo.

The Monstrance in the Treaury. 10 feet high, weighing 430 pounds of gold and silver. 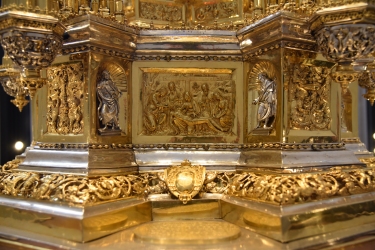 The artistry of this is as impressive as the metals. 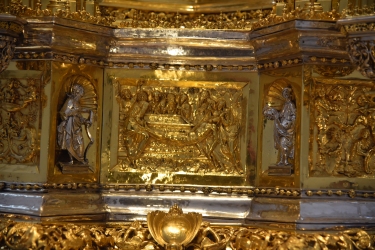 I did think of Latin American history as I looked at this.